Sealing and Expungement in Florida 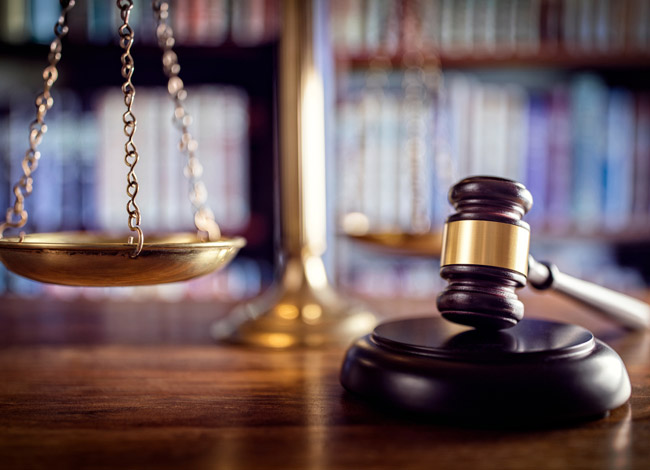 Expunction and sealing refer to the process of removing public access to criminal history records including those records associated with an arrest or a conviction. Expunction may also be referred to as expungement and these terms can be used interchangeably.

Are you already worried about the long-term impacts of having a criminal record? If so, you’re not alone. Many people in this position get concerned about how they will ever be able to move on with their life after they have been accused of a crime. Even being accused has consequences that reach far into your future and it’s worth hiring an Orlando criminal defense lawyer to help you with. If you downplay the potential impacts on your life, this could be a big mistake that costs you opportunities in the future.

Once you have been accused of a crime, it’s hard to shake the fact that this record may follow you around for years. This is often because someone who is in a position to have their record sealed or expunged has extenuating circumstances that go beyond being accused of a crime. Rather, the fact that any type of criminal issue shows up on their background check is a black mark against them and one from which it’s hard to recover. Most people will identify the criminal history and use that fact alone to write someone off in terms of employment or housing.

This can be troubling for a person who is trying to put this issue behind them. That’s why it makes sense to talk to a dedicated expungement defense lawyer who can help you figure out the next steps you must take to protect yourself. You may be eligible to make it as though the incident did not happen at least when it comes to truthfully answering paperwork about your criminal history. Being able to close this chapter of your life and move on into a successful future is a must, but it’s not always easy to handle this on your own. Given the stakes in an expungement or a record sealing, you must have an attorney to assist you.

What Types of Criminal History Records in Orlando Can Be Sealed or Expunged?

Numerous different records may be associated with your arrest that have been generated or stored by these agencies. When people conduct a background check, these criminal records can be easily obtained from any of these governmental entities and in many cases, background check companies are hired specifically for this purpose. Sometimes these companies may maintain your criminal record in their private files.

Scheduling a consultation now with an Orlando expungement lawyer can help you clarify whether or not your case is eligible for either option, empowering you with the information to make an informed choice about what’s next for you. This can be crucial when you know that any criminal record or information could be used against you.

Benefits of Sealing or Expunging Your Criminal Records in Orlando

You should expunge or seal your criminal record before it has the opportunity to interfere with your employment or future goals. If you do not act to expunge or seal your record, a conviction or an arrest can interfere with employment applications, rental applications, school admissions, trade and professional licenses, scholarship applications, business and occupational licenses, participation in children’s school activities or your membership in charitable organizations.

It is crucial that you talk to an experienced Orlando criminal defense attorney as soon as possible to seal or expunge your conviction or arrest before it becomes a problem.

One thing to know is that not everyone is eligible to expunge or seal their record. You should investigate whether or not you are able to expunge or seal your record immediately and talking with the right lawyer can help you. Employer background checks are more popular than ever so sealing and expungements have generated a great deal of interest across Florida.

Anytime that a person is fingerprinted or arrested, a criminal record is generated and under Florida law this information is public record unless it is expunged or sealed with the help of an Orlando criminal defense attorney. A citizen is only entitled to one expungement or sealing per lifetime although you may be eligible to obtain a second one if the first issue was a juvenile record. If you have ever been convicted of any crime, no expunge or seal is allowed on any arrest of the convicted citizen.

There is a great deal of confusion surrounding sealing and expungement of records because every charge does not qualify. Depending on how the charge was resolved, you may qualify to have your record sealed but not expunged or neither of these. Contacting an experienced Orlando criminal defense attorney is crucial.

Sealing of your criminal record and expungement are not the same thing. You may legally fail to acknowledge or deny an arrest in the event that you are awarded an expungement in particular situations. Expungement is the first option you should pursue if it is available.

However, sealing a record will accomplish mostly the same thing as an expungement. Information associated with your criminal case is erased from the clerk of court computers, police computers, and the like. However, there are limitations. Some other entities like the Department of Education or the FBI will still have access to an expunged arrest.

Sealing a criminal record, however, accomplishes the same thing as an expungement to a point. A sealed case can be expunged 10 years after sealing. Judges have the opportunity to deny a petition to expunge or seal but Florida law presumes that the court should grant a motion to expunge or seal if the defendant does qualify.

In certain situations, a judge will deny a position to expunge, arguing that this decision is within the discretion of the court and this is true that the Florida laws state this. Judges, however, have been pressured to explain their position in the event that they take this route.

Most people are already familiar with the fact that the job market is difficult these days. Many human resources departments may have the interest in allowing someone with a criminal record to obtain employment but will not do so until they can show that the incident was expunged or sealed.

A judge’s decision to expunge or seal a record provides some confirmation as to the severity of the charges. In a competitive job market, it is crucial that you take every benefit afforded to you. An expungement or seal is one way to increase your chances of getting hired. Since criminal background checks are now available via the three major credit reporting agencies, these agencies have to provide any documentation of disputed entries on your credit report.

Can Anyone Get an Expungement?

One benefit of expunging or sealing your record is that proof of such a record is not provided by the clerk of court. Therefore, usually consumers are eligible to have their criminal background removed from these reports once proof is provided to reporting agency that the case has been expunged or sealed. It’s important to realize that not every charge qualifies for expungement and sealing in Florida.

There is a long list of charges that do not qualify for a seal or an expunge but this only applies if you plead guilty or no contest to the charge, even in the event that an adjudication was withheld or if you were found guilty of any of the following violations:

Did you know that the governor in Florida has the opportunity to issue clemency or a pardon to anyone charged with a crime? An entire office, The Office of Executive Clemency, is devoted to these petitions. Having the right criminal defense attorney in Orlando can assist you with getting a referral. You may also be eligible for an administrative expunction outlined under Florida Statutes 943.0581 and not all of the paperwork required with the traditional seal and expunge is required. However, it is much more complex to accomplish this and you will need an attorney to assist you. Since there is so much on the line for sealing and expungement in Orlando, you need help from an attorney.

Don’t wait any longer, contact Frost Law at (407) 670-5569 for a free consultation and to learn more about your options for sealing or expunging a past criminal arrest.

How Can We Help You?
Schedule FREE Consultation